A Pedigree of Innovation, Excellence and Expertise

The Holroyd story began in 1860 when our founder, John Holroyd, opened a machine tool and textile machinery manufacturing business in Manchester, UK.

By 1897, he had invented the thread milling process and patented the first machine of its kind.  A year later, ‘John Holroyd & Co.’ moved into much larger premises in Rochdale, Greater Manchester – a town that remains home to our global headquarters to this day.

The innovations kept rolling off the production line. Worm gears were produced, along with thread milling and grinding machines.

From the day it was formed, John Holroyd & Co. pioneered ground-breaking technologies for the design and manufacture of highly complex helical components.

Today, as Precision Technologies Group, we innovate, inspire and strive to develop better, more efficient technologies for customers globally. We are proud recipients of four Queen’s Awards and export no fewer than 98% of our products, with our largest markets being the USA, China and Germany.

PTG Holroyd is Platinum Sponsor of the International Conference on Compressors and their Systems. (We have sponsored this biennial event since it was first held in 1999!)

PTG Holroyd is named as a Northern Powerhouse Export Champion by The Department for International Trade. 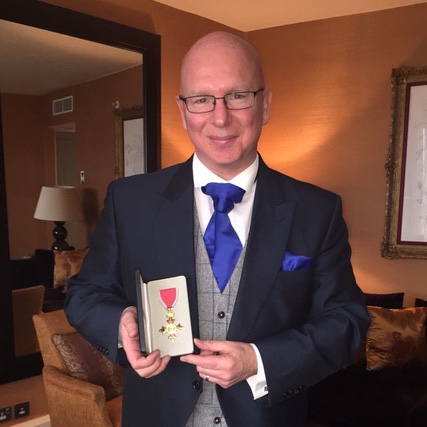 PTG’s Chief Executive Officer, Dr Tony Bannan, is appointed an Officer of the Order of the British Empire in the Queen’s 90th Birthday Honours List.
PTG Friction Stir Welding advances the development of FSW technologies for use in battery-electric and plug-in hybrid electric vehicle manufacturing.

PTG is identified as ‘one of twenty up and coming medium-sized subsidiaries of foreign companies – and significant investment pledges made by foreign corporates’ – in the inaugural Sunday Times PA Consulting Inward Investment Track.

PTG receives the Greater China Business Award for the North West of England in recognition of its significant contribution in developing business and network links with Greater China, including bi-lateral trade and investment. 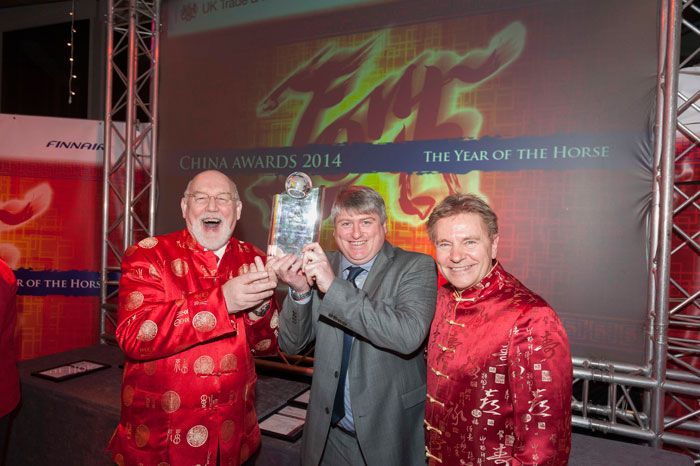 PTG’s Dr Christopher Holmes is made an Honorary Visiting Professor by City, University of London. The appointment is in recognition of Chris’s work in the field of screw rotor behaviour, metrology, design and manufacture.

PTG becomes part of Chongqing Machinery & Electric Co. Ltd. (CQME), a large Chinese industrial group listed on the Hong Kong Stock Exchange. Since acquisition, CQME has invested heavily in PTG, allowing a considerable proportion of profits to be used for the development of new products and markets, as well as for investment in R&D, training and skills.

The Precision Technologies Group (PTG) name is officially adopted, bringing together all aspects of Holroyd’s activities under one technology focused banner.

Holroyd wins the Queen’s Award to Industry: for Innovation in the field of thread & gear grinding technology.

The Powerstir range of friction stir welding machines is launched – and quickly becomes recognised as a leading name in FSW technologies.

Holroyd receives high commendations in the ‘Exporter of the Year’ category in the Manufacturing Industry Achievement Awards.

Holroyd is a winner in the ‘Innovation of the Year’ category in the Manufacturing Industry Achievement Awards.

John Holroyd & Company invents the thread milling process and patents the first machine of its kind. 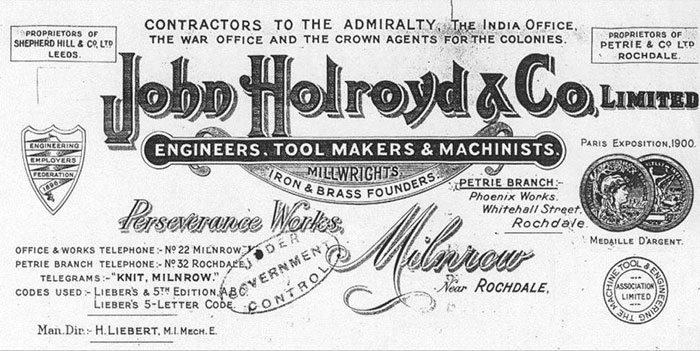