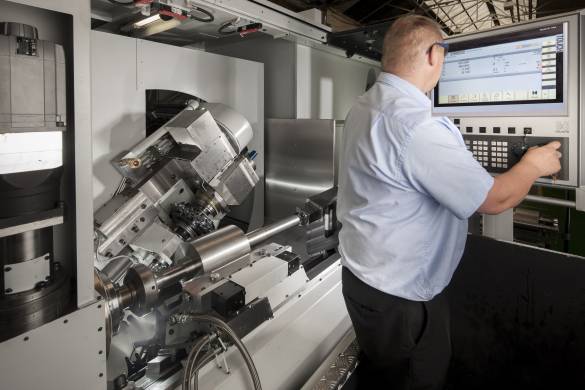 If repeat orders are a reflection of trust, Rochdale-based Holroyd Precision can have little doubt about the faith that one of North America’s leading air compressor specialists places in its rotor milling and grinding technologies.

Having already invested in 12 Holroyd machines over recent years, the business concerned has now placed an order for two new Holroyd EX Series rotor millers. Worth in excess of $6.2 million, the models ordered – a 3EX-R rotor production centre and a 5EX rotor milling machine – are in the final stages of build at Holroyd’s UK manufacturing centre.

“It is always immensely satisfying to establish long-term customer relationships,” comments Holroyd Sales Manager, Mark Curran. “You can therefore imagine how very pleased we are to have secured a further significant order from this important customer. Before the end of the year, they will have no fewer than 14 Holroyd milling and grinding technologies at their Indiana site. The new EX Series machines will join a wide range of Holroyd technologies – including an existing 3EX-R rotor production centre and two TG Series rotor grinding machines – all of which have provided the highest levels of reliability.”

EX machines cut a full-depth groove by traversing the cutting tool through the material at the relevant helix angle, whilst at the same time rotating the component in the ‘C’ axis. Accurate synchronisation between the axes is maintained via CNC, with digital drive technology controlling all axis movements. The cutting head is able to remove so much material in one step because the majority of heat generated is transferred to the swarf chips. These are then removed from inside the machine by means of a conveyor system.

The flexibility of EX Series rotor milling machines means they are equally efficient at producing complex components with helical screw profiles, as they are at producing gear parts such as worm shafts. Indeed, in all manufacturing environments they will improve productivity through a combination of high-speed operation, powerful menu-driven touchscreen CNC programming, quick-change tooling, high power spindles and unbeatable rigidity.