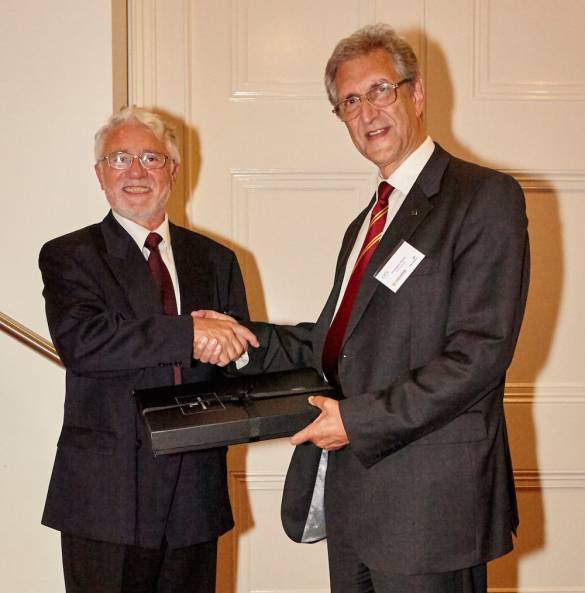 UK-based Precision Technologies Group (PTG) has once again fulfilled the role of platinum sponsor of City University London’s International Conference on Compressors and their Systems.

The 2017 conference, which took place between the 11th and 13th of September, was widely regarded as the most successful yet, attracting more than 240 delegates from around the world and receiving some 132 technical papers for consideration. This was the tenth compressor conference to be hosted by City University London. The biennial event is widely regarded as one of the world’s leading conferences in compressor technology, while City University London is globally recognised as a premier centre of excellence for compressor design and development.

Committed to the advancement of compressor technology, PTG has sponsored the International Conference on Compressors and their Systems since it was first held in 1999. The conference provides a forum where developments in air, gas and refrigeration compressors, vacuum pumps, expanders, related systems and components are discussed.

In addition to the customary keynote addresses, research and technical papers, the 2017 programme included a full day dedicated exclusively to topics of key importance to industry.

This new element proved a particular highlight and gave representatives from industry the opportunity to discuss how their companies are responding to changes in technology and market demands.

The International Conference on Compressors and their Systems has grown in status over the years, with 2017 attracting a record number of papers covering a wide range of compressor-related topics. Papers accepted for submission to IMechE journals during the event included topics as diverse as: the ‘Application of numerical grid generation for improved CFD analysis of multiphase screw machines’, the ‘Numerical investigation of flow characteristics in twin-screw pump under cavitating conditions’, and an investigation into the ‘Reduction of the suction losses through reed valves in hermetic reciprocating compressors using a magnet coil’.

Dr. Christopher Holmes, Research Manager at PTG Holroyd, has worked for many years in the field of screw rotor behaviour, metrology, design and manufacture, and this fact was recognised some years ago when he was made an Honorary Visiting Professor at City University London. This year’s official conference dinner, however, held at the Royal Society of Science, proved to be particularly special for Dr. Holmes. In recognition of his unstinting support and involvement since the conference was established 20 years ago, he received a gift from the University, which was presented by Professor Nikola Stosic. Following dinner, PTG’s Chief Executive Officer, Dr. Tony Bannan OBE, gave a speech on the importance of supporting industry.

“One of the most important events on the compressor calendar”

Speaking of the immense importance he places on the conference, Dr. Holmes said: “The International Conference on Compressors and their Systems, established by Professors Ian Smith and Nikola Stosic in 1997, has grown to be one of the most important events on the international compressor calendar. The event provides considerable exposure for organisations involved in the design, development and manufacture of positive displacement compressors, and allows their work to be subjected to academic scrutiny. Conference organiser, Professor Ahmed Kovacevic, deserves special mention for making the event such a resounding success, while the sheer number of outstanding papers submitted for acceptance this year confirms the importance of the conference globally.

“From the UK perspective,” he continued, “the fact that the conference brings together the world’s compressor experts is a major benefit – not only to the University itself but also to those companies which are either direct suppliers to compressor manufacturers, or are in the supply chain. Strategically, the conference enables supporting industries to anticipate the future direction of the compressor industry.”