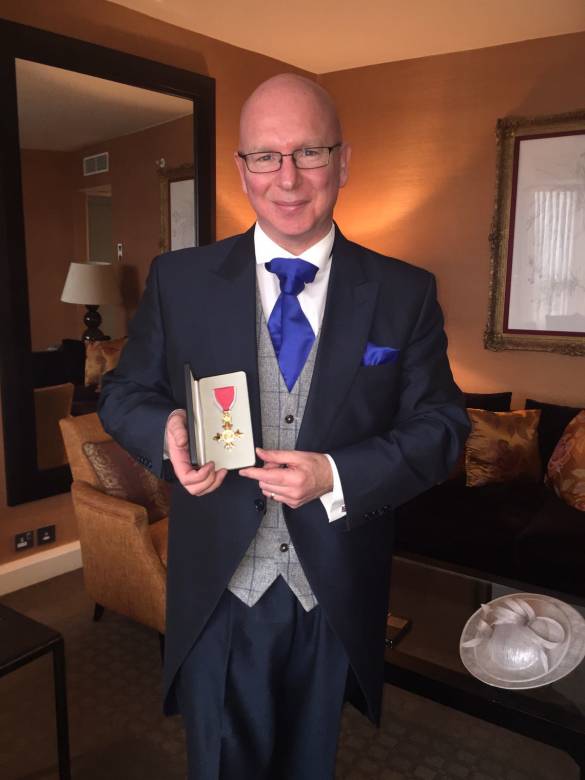 Dr Tony Bannan, 52, Chief Executive Officer of Rochdale-based Precision Technologies Group (PTG), received the OBE from HRH The Prince of Wales at an investiture at Buckingham Palace on Friday, 27 January 2017.

Dr Bannan was appointed an Officer of the Order of the British Empire in the Queen’s 90th Birthday Honours List 2016, in recognition of his services to the UK economy, international trade and inward investment.

98% of products destined for export

Referring to his appointment, Dr Bannan said that he was: “Very proud and humbled to be recognised with such a great honour,” and that “Credit for the accolade must be given to my family, for the many years of patience and support as I’ve travelled the world on behalf of the business – and to the many colleagues, past and present, that I’ve been lucky enough to work with.”

“Benefiting from a strong legacy”

“Without the commitment, skills and imagination of the people who have worked in and led PTG – and before that, Holroyd – what has been built and exists today might never have been,” he continued. “I am lucky to have benefited from a strong legacy, and I remind myself and those around me of this fact very often. It is very important to recognise our duty to successive generations.”

As a further example of PTG’s achievements, in 2015 Holroyd Precision was presented with the Queen’s Award for Enterprise, the UK’s highest accolade for business success. Holroyd received the award for International Trade, having achieved year-on-year growth in exports. This was the fourth occasion that Holroyd won the Queen’s Award.